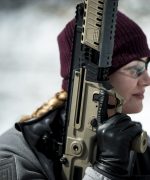 Corinne is a firearms instructor and an accomplished competitive shooter across multiple disciplines. Specializing in weapons handling,  movement and individual protection tactics for the defensive use of firearms, Corinne has taught students all over the world ranging from beginners to members of military, law enforcement and security forces. 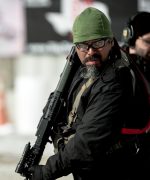 Dave “DB” Benton has a combined 25 years serving in specialized teams and leadership roles in the military, law enforcement, protective security, and intelligence community. He has held many positions on various teams from assaulter, sniper, breacher, tactical medic, team leader, and instructor positions from explosive entry to SWAT. 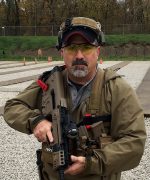 Prior to IWI US, Tom served as a police officer, SWAT, LE Precision rifleman, instructor in all disciplines, and special investigations officer in the Prescott area of Arizona for 11 years. He also toured Iraq and Afghanistan, serving with the Department of State/Blackwater in a protective detail, as well as serving as an intelligence specialist, […] 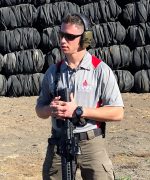 Ron Grobman is the founder and lead instructor of Tactical Fitness Austin. At the age of 16, he became the youngest certified Krav Maga instructor in the United States. Since then, he’s advanced to the rank of 1st Sgt. in the Israel Defense Forces and served in the IDF Special Forces Reconnaissance Battalion as a […] 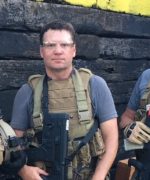