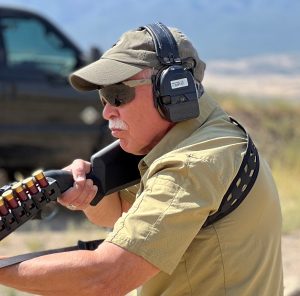 Randy Watt has served as a leader in both military and law enforcement roles during his extensive career.  As a Police officer, Randy worked for the Ogden, Utah, Police department for 36 years serving in all capacities of leadership and operations from patrol, to SWAT, to eventually becoming Chief. He was instrumental in coordinating and acting as a national-level subject matter expert in relation to Law Enforcement tactics and on issues of counter terrorism.  He has advised with the Department of Homeland Security, the National Institute of Justice, and is a former lead instructor for the National Tactical Officers Association.

His military career paralleled his law enforcement career and eventually saw him rise to the rank of Colonel in the 19 Special Forces  Group, Utah National Guard, where he commanded 2500 Special Forces operators located across 9 states and 4 geographic combatant commands.  He is a master parachutist, Special Forces Advanced Urban Combat Course  (SFAUC) course instructor, has a MBA, a Master’s Degree in Strategic Studies from the Army War College, and has deployed multiple times to Iraq and Afghanistan in a special operations command role.  He currently is the President of his own specialty training and consulting companies,  SRW Inc. (www.srwinc.us) and Warrior Creed (www.warriorcreed.us), and is co-owner and COO of the Power of Awareness Institute, LLC (www.mypoa.org).